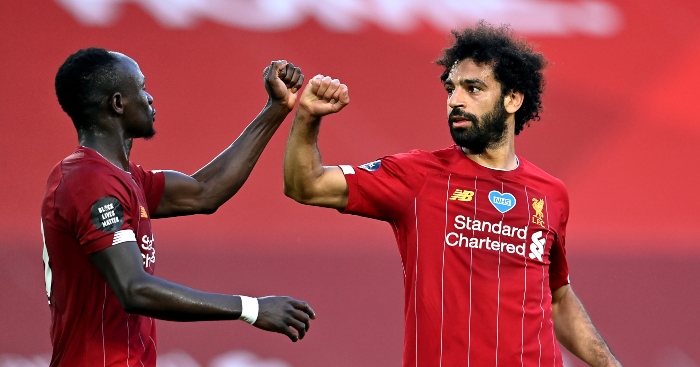 While Liverpool‘s Mohamed Salah and Sadio Mane have developed a great partnership on the pitch, there appears to be a healthy rivalry between the pair.

Salah and Mane are both world-class forwards and their relentless thirst for goals occasionally sees the duo get frustrated with each other.

“It is good to have competition between players,” Dejan Lovren told KingFut in August 2020.

“It is normal, Salah wants to score more than Mane, and this is football. If both players are in good form, then it serves the team well and that’s the most important thing.”

Former Liverpool striker Michael Owen spotted Mane’s frustration with the Egypt international during their 2-1 victory over Sheffield United and the problems were apparent once again in the 1-1 draw with Manchester City.

After Mane won a penalty in the opening stages of their game against City, Salah stepped up to give Jurgen Klopp’s side the lead from the spot.

The 28-year-old celebrated with his Liverpool team-mates but then put his finger to his lips in an apparent effort to silence Mane.