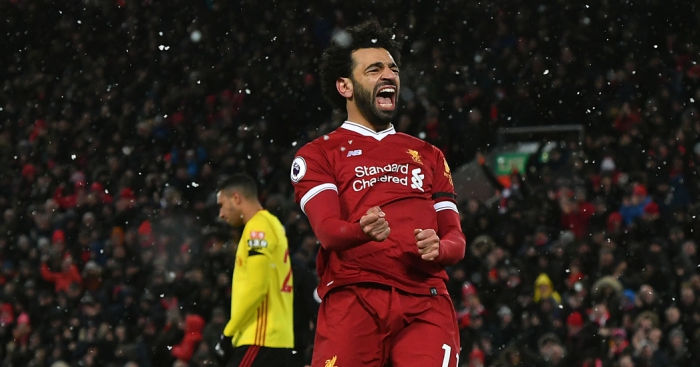 Vodafone Egypt have announced that they will hand out 11 free minutes to customers for every goal Liverpool attacker Mo Salah scores between now and the end of the season.

Salah has been in scintillating form since returning to the Premier League, netting 28 goals so far in his quest for the Golden Boot.

The Egyptian scored four goals from four shots against Watford before the international break to make it an incredible 36 goals in 40 appearances since joining the Reds last summer, putting him second to only Cristiano Ronaldo in Europe’s major five leagues.

The 25-year-old has certainly endeared himself to Liverpool fans, but he also has the hearts of his nation after scoring the goal which sent them to the World Cup lass tyear.

And he appears in a recent advert for Vodafone Egypt, which sums up the true adoration for Salah in his home country.

Watch the advert below.

Wow.. The new Vodafone Egypt Mo Salah ad will make the hairs on your neck stand up 😳❤️