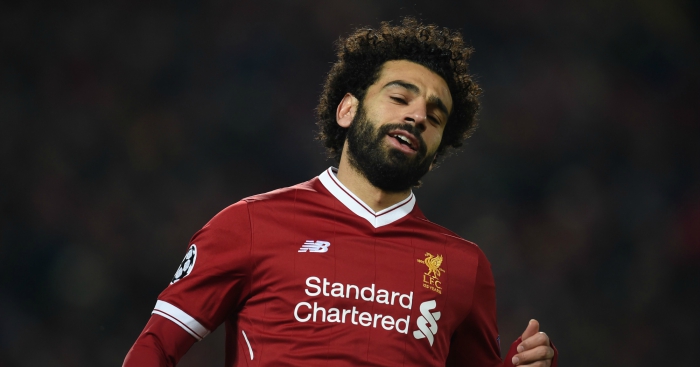 Mo Salah was left on the bench for Liverpool‘s Champions League clash with Porto on Wednesday night – but he still showed his class in a brief cameo.

Liverpool drew 0-0 with the Portuguese side at Anfield to qualify for the quarter-finals of the Champions League, having won 5-0 in the away leg last month.

Salah was one of Porto’s chief tormentors in that first leg, and their defence will no doubt have been relieved to see the attacker given a breather on the bench at the start of the game.

But Jurgen Klopp did bring the Egypt international on with just over 15 minutes remaining, and the 25-year-old took no time in getting up to speed with the game, sumptuously plucking the ball out of the air with his first touch of the game.