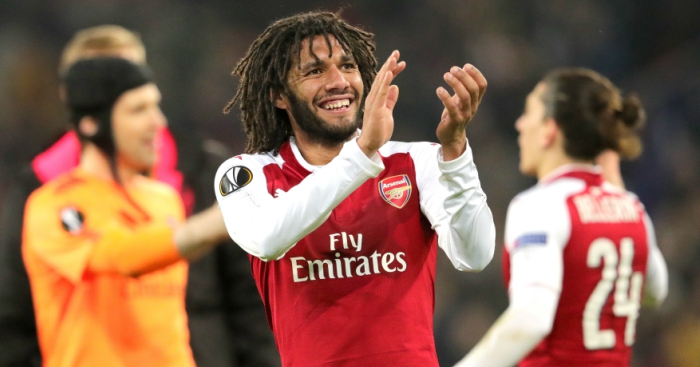 Mohamed Elneny had a second half to remember as Arsenal avoided a scare with a 2-2 draw at CSKA Moscow in the Europa League.

The result saw Arsenal go through to the semi-finals of the competition, where they will face Atletico Madrid, but they were made to suffer on a nervy night in the Russian capital.

Arsene Wenger’s men won 4-1 at the Emirates but found themselves 2-0 down and under pressure with 50 minutes played on Thursday night.

Another CSKA goal would have seen the visitors fall behind on away goals.

But they had one of their more unheralded players in Elneny to thank as the midfielder helped wrestle back momentum, providing assists for Danny Welbeck and Aaron Ramsey, while also having his own header ruled out by the offside flag.

And the Egypt international’s commitment was summed up with a minute remaining, when the score was still 2-1, as he almost single-handled pressed the hosts back into their own half.