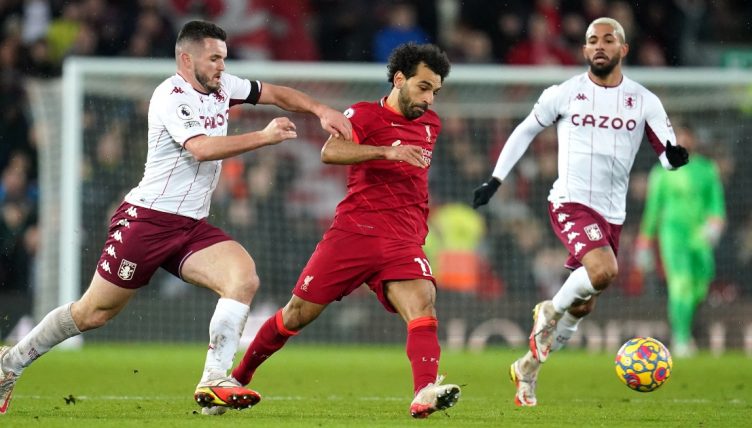 Mohamed Salah once again demonstrated that he’s been head and shoulders above anyone else in the Premier League this season with another match-winning performance for Liverpool.

Steven Gerrard returned to Anfield and was met with an adoring reception from the home faithful, but he went home empty-handed as Aston Villa suffered a 1-0 defeat.

It was Salah that stepped up and kept his cool to dispatch the decisive penalty, having won it after being clipped by Tyrone Mings, midway through the second half.

The three points meant that Jurgen Klopp’s Reds have kept the pace with title rivals Chelsea and Manchester City, who also won courtesy of controversial spot-kicks.

Liverpool largely dominated against a well-organised and industrious Aston Villa defence, but they had some nervy moments in the closing stages after taking the lead.

“For 75 minutes we were outstanding. Clearly the better side and played in all the areas we needed to play. We created moments,” Klopp said after the match.

“But we go 1-0 up and… Argh. Then the game opens up, let me say it like this! We lost the rhythm. That’s a problem in football so you have to hold it from the beginning.”

Watch: Steven Gerrard gets a huge reception on his Liverpool return