Watch: Mohamed Salah pulls off two nutmegs in a matter of seconds 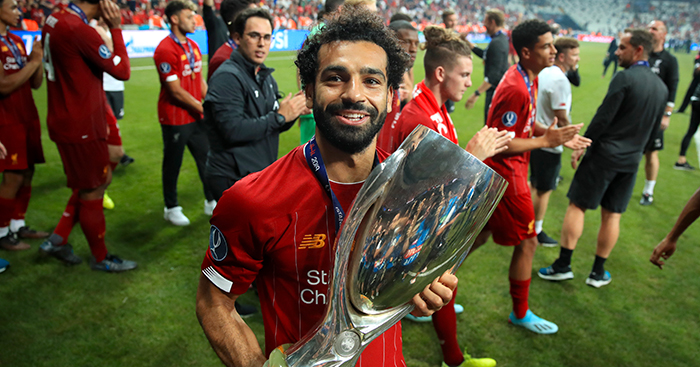 The UEFA Super Cup between Liverpool and Chelsea provided plenty of entertainment on Wednesday evening – not least Mohamed Salah’s dribble in extra-time which saw him nutmeg not one but two opponents.

Liverpool eventually prevailed 5-4 on penalties after a 2-2 draw in which Olivier Giroud put Chelsea ahead before Sadio Mané equalised and then scored in extra-time only for Jorginho to score from the spot to take the game the distance.

There was certainly no case of the teams resting their legs and settling for a shootout, however, as highlighted by Salah’s lung-busting run in the 108th minute.

Racing into the Chelsea half with three defenders ahead of him, he cut inside N’Golo Kante and nutmegged Jorginho before holding off Ross Barkley, spinning him and then nutmegging Mason Mount as well,beating him once more with a drop of the shoulder.

Most players couldn’t have done all that in the eighth minute, never mind the 108th. Fair play, Mo.