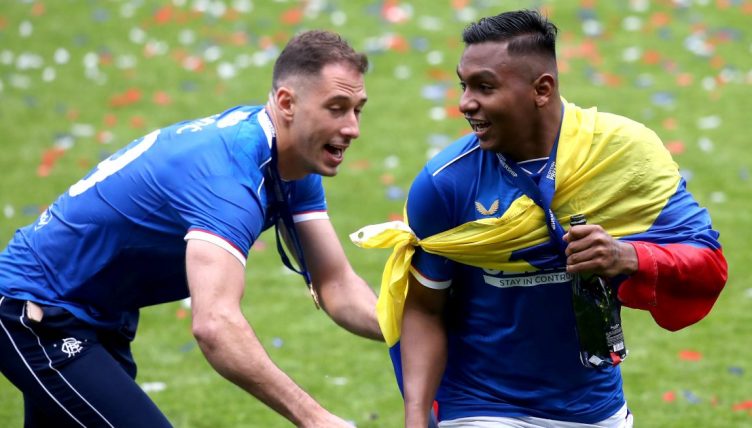 Steven Gerrard was drenched in champagne by Alfredo Morelos after Rangers lifted the Scottish Premiership trophy for the first time in 10 years.

The Gers were confirmed as league winners back in March but had to wait until after their final home game against Aberdeen to get their hands on the trophy.

Gerrard’s side secured a comfortable 4-0 win at Ibrox, ensuring that they became only the second team to win the Scottish Premiership and go a full season without losing a league game.

The title party got underway after the full-time whistle and Morelos then crept up behind his manager before tipping champagne over his head.

“That’s another fine for him, for sure,” Gerrard told Sky Sports. “It feels good. It’s been a while since I had the smell of champagne.

“I think everyone knows what it smells like but because it’s been so long, I’m actually enjoying it.”

Steven Gerrard on being soaked with champagne by Alfredo Morelos pic.twitter.com/NI28h7JjhM