Watch: Mourinho apologises to Southgate; jokes he can call him ‘John’ 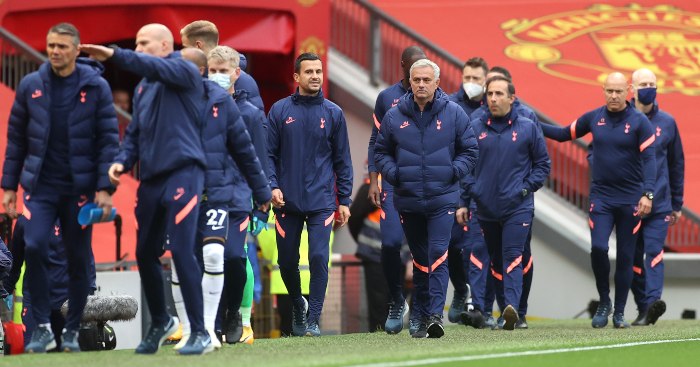 Jose Mourinho says Gareth Southgate can call him “John” after the Tottenham boss moved to cool any suggestions he had taken a swipe at the England manager earlier this week.

Reports suggest Mourinho and Southgate are in disagreement over the use of Harry Kane in England and Tottenham’s upcoming fixtures.

Mourinho has urged Southgate not to use Kane in all three of England’s games against Wales, Belgium and Denmark next week, to which the England boss replied by suggesting Mourinho should in turn be more cautious with the striker in April and May ahead of next summer’s European Championships.

“For my friend Gary, I can promise that until the end of the season I don’t play Harry Kane one minute of any friendly match,” Mourinho then said in midweek, with many taking his use of “Gary” rather than “Gareth” a deliberate slight from the Portuguese.

However, Mourinho revealed on Sky Sports that he called Southgate to apologise, having wrongly believed Gary to be short for Gareth.

He even made a joke about the situation. It always makes us feel a bit weird when everyone’s favourite pantomime villain Mourinho comes across as a decent bloke.

"I always thought Gary was short for Gareth!" 😂

Jose Mourinho insists he meant no disrespect when he called England manager Gareth Southgate 'Gary' in a press conference earlier this week! 👀 pic.twitter.com/Rj5dBn8Wfq