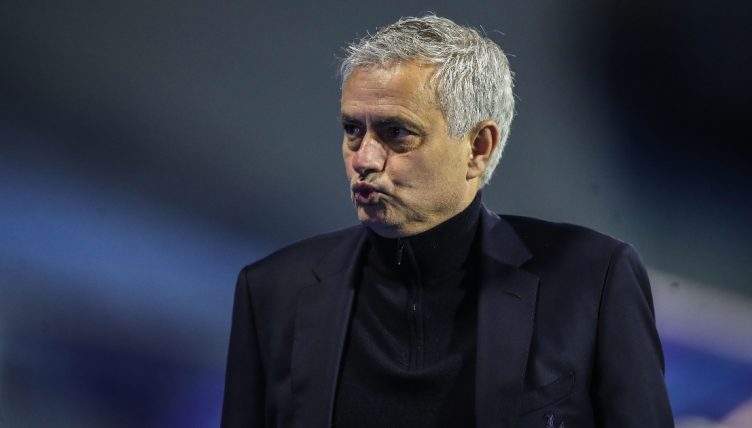 As scathing as Jose Mourinho was about Tottenham‘s performance in their shock 3-0 defeat to Dinamo Zagreb, he had nothing but praise and respect for their opponents.

Mourinho stood in the doorway of the Croatian champions’ dressing room and gave the players applause before going on to carry out his post-match media duties.

Like his skipper Hugo Lloris, the Spurs boss didn’t hold back when it came to assessing his side’s performance, having seen his side eliminated from the Europa League after their 2-0 first-leg lead get overturned in Zagreb.

“If I forget the last 10 minutes of the extra-time, where we did something to get a different result and to go through, in the 90 minutes and the first half of the extra-time was one team that decided to leave everything on the pitch,” he told BT Sport after the match.

“They left everything there, they left sweat, they left energy, they left blood, at the end of the game they left even tears of happiness. Very humble, very committed and I have to praise them.

“On the other side, my team, and I repeat, my team, I am there, that didn’t look like they were playing an important match.”

You 𝗻𝗲𝗲𝗱 to listen to his Jose Mourinho interview 😳

He wears his heart on his sleeve as he looks at a horrible night for the club… pic.twitter.com/Wwi2THhPBH