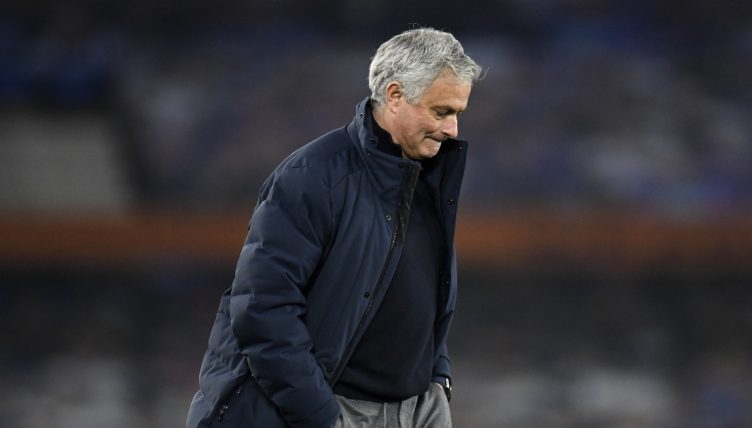 Jose Mourinho did not look amused as Roma lost 6-1 to Norwegian minnows Bodo/Glimt in the UEFA Conference League on Thursday evening.

The former Chelsea, Manchester United and Tottenham boss saw one of his sides concede six goals for the first time ever in his long and storied managerial career. If ever a picture paints a thousand words, it’s his lemon-sucking expression as the sixth goal went in.

Ola Solbakken capped off the astounding result for the Norwegian champions with his second goal in the 80th minute, resulting in Mourinho not mincing his words in his post-match interviews. We’ve been here before, haven’t we?

“If I could use the same players every match I would. It’s risky because there’s a huge gulf between our first choice and second choice players. I expected better, but it’s my responsibility.”

“They have more quality than us – their first team is a much better team than our second team. So it’s my mistake,” he then reiterated in an interview with Viaplay.

MOURINHO: – @Glimt have better players than my players.