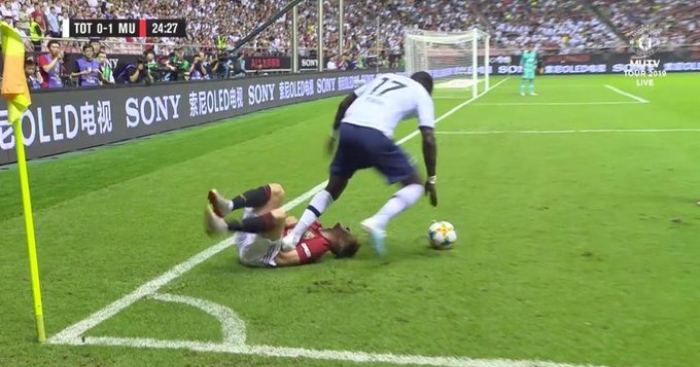 Moussa Sissoko clearly didn’t get the memo about Tottenham‘s clash with Manchester United being a pre-season ‘friendly’.

Spurs faced United in Shanghai as part of the International Champions Cup, with the north Londoners having beaten Juventus 3-2 thanks to Harry Kane’s ludicrous late winner in their first fixture.

United, meanwhile, beat Inter 1-0 ahead of the clash with their Premier League rivals.

And the Red Devils took the lead in the first half as Anthony Martial opened the scoring, but the headlines at half-time were dominated by Sissoko.

The France midfielder appeared to stamp on new United signing Daniel James after a strong challenge for the ball, with the winger left writhing on the floor.