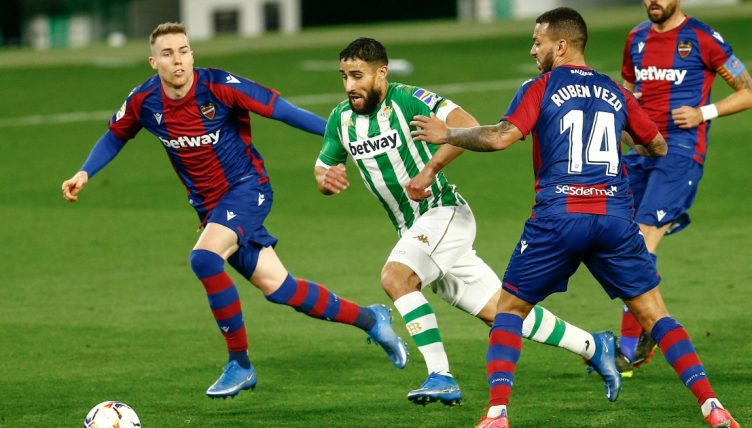 It wasn’t too long ago that Nabil Fekir found himself linked with the likes of Liverpool, Tottenham and Chelsea.

Fekir never got that glamour move, but he’s still demonstrating his prodigious talent on his day.

The France international was one of the most in-demand attackers in Europe during his time at Lyon, having caught the eye as a brilliant technically-gifted dribbler.

He reportedly came so close to joining Liverpool back in 2018 that he carried out media unveiling duties, but a move never materialised and instead a year later he made an eyebrow-raising move to relatively modest La Liga outfit Real Betis.

The 27-year-old is rarely in the transfer gossip columns these days, but he’s still shown some dazzling moments during his time in Seville.

And few greater than this, the opening goal of a 2-0 victory over Levante.

There are questions to be asked over the defending as he skips through, having originally picked up the ball by the halfway line, but just watch and enjoy the run – with shades of peak Lionel Messi – before it was finished perfectly with an impudent touch through the goalkeeper’s legs.

What a goal from Nabil Fekir! 😱

A brilliant solo effort as he picked it up at the halfway line, dribbled through the Levante defence, and came up with a good finish through the keeper's legs 🔥 pic.twitter.com/ECHlvYNKwQ