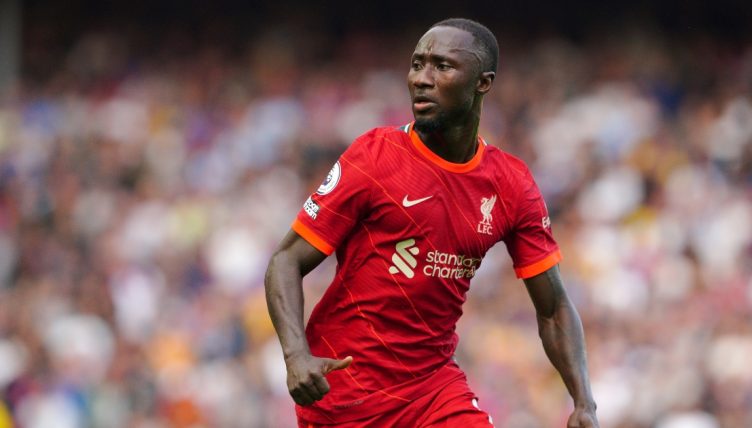 Liverpool and Leicester played out a thrilling game at Anfield in the EFL Cup quarter-final on Wednesday night, Liverpool going through on penalties after a 3-3 draw. And the game was made even better by a sublime bit of skill from Naby Keita.

The match was an absolute scorcher, with four goals in the first half – two from Jamie Vardy early on, one from Alex Oxlade Chamberlain, and a brilliant strike from James Maddison – putting Leicester 3-1 up at the break.

But Liverpool fought back through a goal from Diogo Jota and a late strike from Takumi Minamino sent the teams to penalties. Liverpool won the shootout 5-4, with Diogo Jota amusingly taunting the Leicester fans after converting the winner.

During the game, Naby Keita had taunted one of the Leicester players, too. But with the ball at his feet rather than his hand gestures.

Twice the Liverpool midfielder received the ball with James Maddison closing him down, twice Keita escaped with terrific skill and dexterity.

The second time was particularly memorable – an embarrassing nutmeg forcing Maddison to give away a very silly free-kick.

Keita got the ball with Maddison square on. Seeing the perfect opportunity given to him by Maddison’s poor body positioning, Keita slipped it through the Leicester man’s legs before running around him, only to be taken out by Maddison’s flailing leg.

The desperation of the foul pretty much summed up how Maddison must have felt as the Liverpool fans cheered Keita’s brilliance.

Keita has disappointed since signing for Liverpool in 2018, but here he looked very composed in midfield.

Unfortunately for Liverpool, they will lose him just as he’s hitting some sort of form. In January, Keita will be part of the Guinea squad at the Africa Cup of Nations, so will be away when Liverpool face Arsenal in the ELF Cup semi-final.