Watch: Naby Keita plays incredible pass to put Mo Salah through one on one 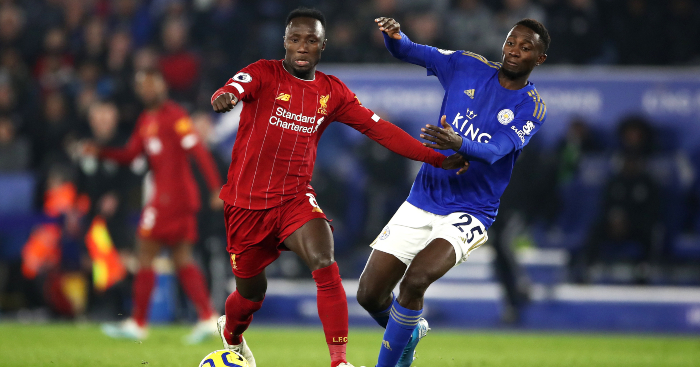 Naby Keita has started to produce his best form for Liverpool in recent weeks, and the midfielder produced another moment to remember in the Reds’ big win at Leicester City.

After winning the Club World Cup during an exerting trip to Qatar, Liverpool returned to England to face Leicester with the chance to move 13 points clear in the title race.

Roberto Firmino gave Liverpool the lead in the first half before the Reds put the result beyond doubt with three goals in seven second-half minutes from James Milner, Trent Alexander-Arnold and Firmino’s second.

But the visitors could have had a more comfortable lead at half-time had Mo Salah made the most of a brilliant pass from Keita that left the forward one on one with Leicester goalkeeper Kasper Schmeichel.

That pass from Naby Keïta pic.twitter.com/moNv4Ad9aT