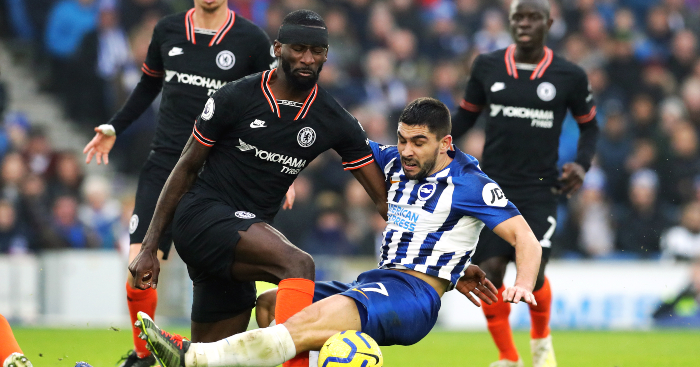 Neal Maupay angered Chelsea players in Brighton’s 1-1 draw with the Blues on New Year’s Day by attempting to score from an uncontested drop ball in what we must say was a lovely piece of sh*thousery.

Chelsea appeared to be heading to all three points at the Amex thanks to Cesar Azpilicueta’s 10th-minute opener.

But Brighton pegged the visitor’s back late on thanks to Alireza Jahanbakhsh’s superb overhead kick in the 84th minute.

And when Chelsea were handed what was meant to be an uncontested drop ball deep in their own half five minutes later, Maupay tried to secure victory by stealing in to go through on goal, only to be immediately pulled back by the referee and face the fury of the opposition players.