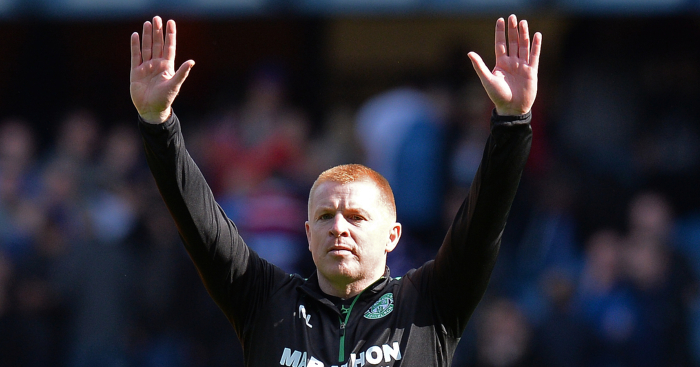 Former Celtic boss Neil Lennon celebrated in brilliant fashion as his side Hibernian scored in the third minute of injury time to level their match against Rangers at 5-5.

Lennon was sent off for his actions as he raced around the pitch, after his side came back from 5-3 down to draw in an astonishing final day clash in the SPL.

Hiibs had gone three goals up early in the first half as Florian Kamberi, Scott Allan and Jamie MacLaren netted before Rangers had even got going.

But the former giants came back, including a goal from former Liverpool academy graduate Jordan Rossiter, who was making his first start since August.

At 5-3, MacLaren pulled one back before Jason Holt was sent off for the visitors with five minutes to play.

MacLaren completed his hat-trick deep into injury time to end any lingering hopes Rangers had of finishing second in the table, and ensuing brilliant celebrations from Lennon.

He runs on the pitch to celebrate Hibs’ late equaliser!