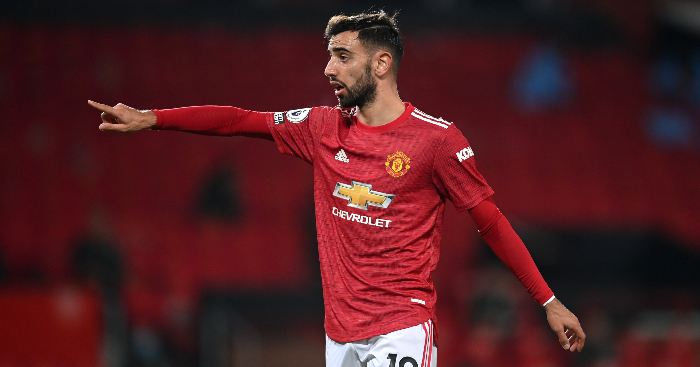 It was another good night for Manchester United as they progressed to the semi-finals of the League Cup with a 2-0 win over Everton, but they were made to work for it.

While Ole Gunnar Solskjaer’s men dominated at Goodison Park, there looked to be some frustrations all round as Edinson Cavani was involved in an off-the-ball scuffle with Everton defender Yerry Mina, while Bruno Fernandes and Nemanja Matic could be seen having a heated discussion.

This never reached anything like Lee Bowyer-Kieron Dyer levels, with just a little shove to the chest by Matic, but it didn’t look a friendly conversation. Perhaps the pair were discussing their respective histories with old rivals Sporting Lisbon and Benfica.

Fernandes has been known to be a vocal presence on the pitch since he arrived back in January, and seemed to rub Victor Lindelof up the wrong way in a Europa League match back in August.

But there are also plenty of examples of him showing leadership and captaincy material, with the latest example offering Dan James tactical advice during the 6-2 win over Leeds.