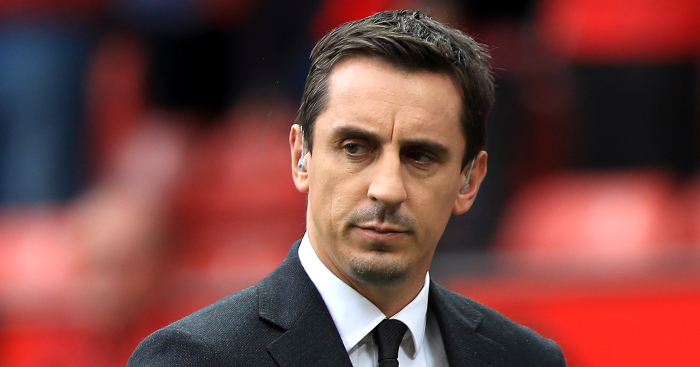 Gary Neville has refused to rule out his former club Manchester United in the Premier League title race, after they moved top with a 1-0 win at Burnley.

This is the first time that they’ve gone top of the table this deep into a campaign since Sir Alex Ferguson led them to the title in his final season at the club in 2012-13.

Sky Sports pundit Neville, who was in the commentary box as Paul Pogba’s volley proved the match-winner midway through the second half at Turf Moor, didn’t go as far as saying United will win the league, but believes they can.

Ole Gunnar Solskjaer’s Red Devils currently boast an 11-match unbeaten run in the Premier League, the longest in the competition, with nine wins and two draws over that period.

They travel to Anfield on Sunday looking to become the first side to get a league win away at Liverpool since April 2017. If they manage it, they’d move six points clear of the reigning champions.