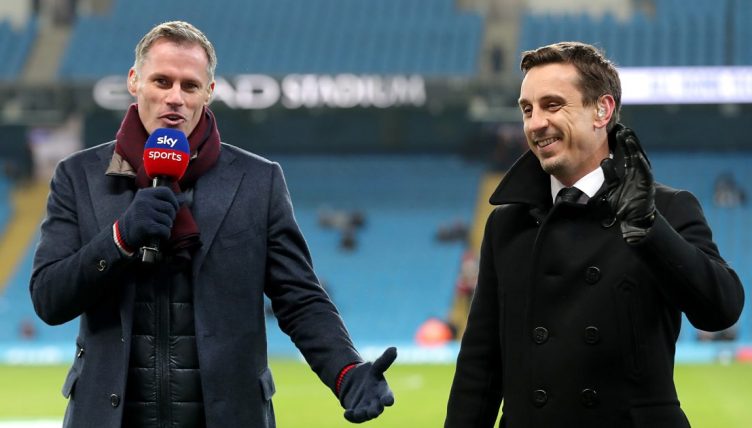 The TV cameras may have stopped rolling but Jamie Carragher and Gary Neville still had plenty to say after Monday Night Football.

Even by their standards, Carragher and Neville were incredibly entertaining as they locked horns over a number of matters in the Sky Sports studio.

The former Manchester United captain surprised his fellow pundit by claiming that Harry Maguire is more crucial to the squad than Harry Kane.

Having been omitted from Gareth Southgate’s last England squad, Trent Alexander-Arnold was the subject of much of the conversation.

The hilarious debate then continued in the Sky Sports car park and in their taxi back to the hotel. Fortunately for us, Neville shared the whole thing on Instagram Live.

“Well I can’t believe what I’ve just been through,” Neville said. “I’ve been exposed to the Scouse mafia in full flow. I’ve delivered three excellent bits of punditry tonight that have basically been rubbished by this gobshite here.

“He played under Gerard Houllier and Rafa Benitez for 20 years, playing the most boring football in the world, and all of a sudden he’s turned into Johan Cruyff.”

How did I miss this 😂 pic.twitter.com/wvGy5GHc12