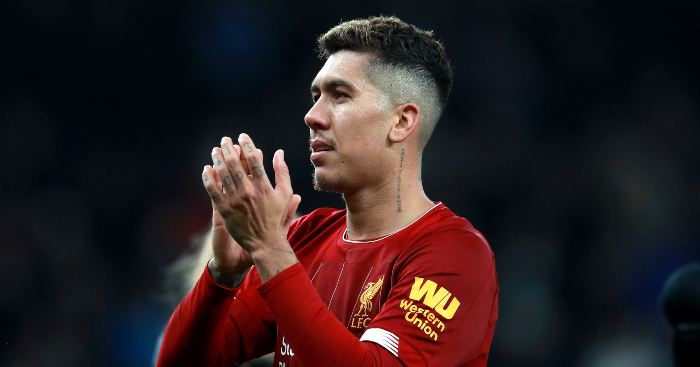 Gary Neville may be a die-hard Manchester United fan, yet even he couldn’t help but fawn over Liverpool after Jurgen Klopp’s men won 2-1 at Tottenham on Saturday to move 16 points clear at the top of the Premier League with a game in hand.

Liverpool were made to work hard for all three points in north London but have now made the best ever start to an English top-flight season after 21 matches.

Roberto Firmino scored the game’s only goal in the first half before Adam Lallana came off the bench to help secure victory with an eye-catching cameo.

And Neville couldn’t help but voice his admiration for Liverpool’s team, highlighting Firmino for particular praise.

You might say the Brazilian is the perfect No.9.

“I think any manager in the world would have him as their centre forward in their team. I think he’s absolutely incredible."@GNev2 is full of praise for Roberto Firmino, after the Brazilian sent Liverpool 16 points clear at the top of the Premier League table. pic.twitter.com/2OcpYjTmAy