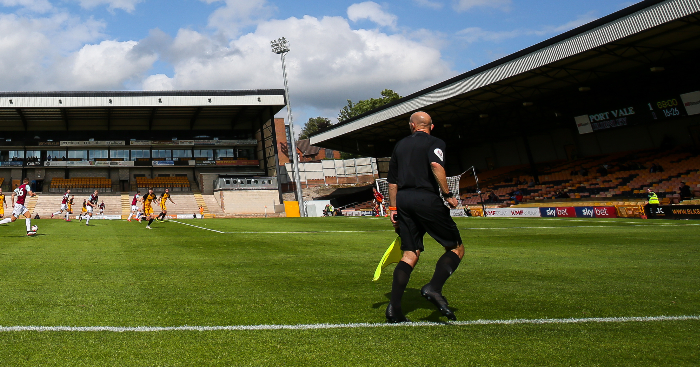 You only need to have watch pretty much any football match over the past two years with daily VAR controversies to see new technology can bring teething problems.

But this is a new and wonderfully novel issue, as the camera at Inverness Caledonian Thistle keeps failing to pick up the action on the pitch.

You might imagine this is a particularly inept cameraman, only to find out that – in fact – the camera is operated by artificial intelligence, programmed to track the ball automatically. The reason it keeps making mistakes? It keeps picking up the bald linesman on the touchline instead. Sensational.

Watch the repeated mishaps below:

Inverness Caledonian broadcast games with a robot camera programmed to follow ball in their Scottish second tier matches. The commentator had to apologize as camera kept on mistaking bald linesman’s head for ball and simply following it up and down field 😂pic.twitter.com/RqIt2FYvAr