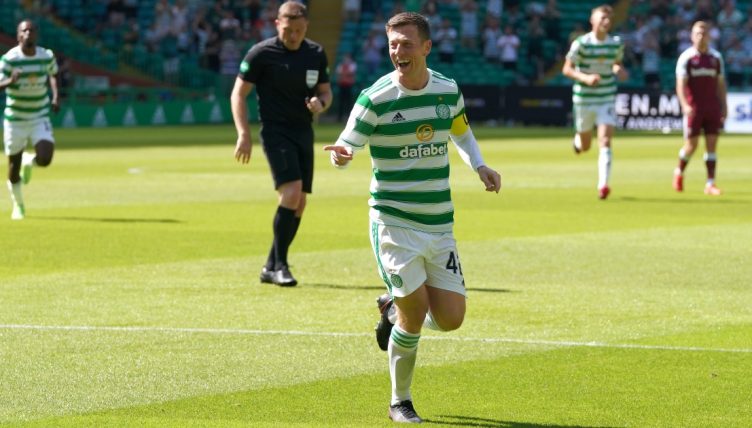 McGregor was appointed Celtic captain following the departure of long-serving Scott Brown at the end of the 2020-21 season.

And with Ange Postecoglou stepping into the manager’s seat following a disappointing campaign, there’s an air of a new beginning in Glasgow’s east end.

Following their 1-1 draw in the Champions League against Midtjylland last Tuesday, Celtic hosted Premier League side West Ham on Saturday afternoon and McGregor made his mark on the occasion.

The 28-year-old midfielder, who scored Scotland’s only goal at Euro 2020, opened Celtic’s account after only eight minutes.

A classy curler from the captain! 🙌

Callum McGregor picks Lanzini's pocket in midfield and produces a lovely finish to give Celtic an early lead against West Ham 🍀 pic.twitter.com/t5IXN5u62x