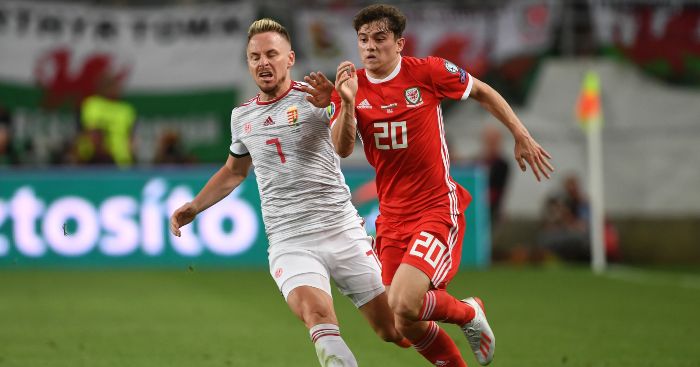 Wales may have come unstuck in their Euro 2020 qualifier against Hungary – but Daniel James showed once more why Manchester United fans should be excited about the youngster’s arrival this summer.

James will join United this summer after an incredible breakthrough season with Swansea City in the Championship, in which he has also broken into the Wales team under Ryan Giggs.

A late Mate Patkai goal condemned Wales to a 1-0 defeat in Hungary, which leaves Giggs’ young side facing an uphill task to qualify for Euro 2020.

But Wales had a number of decent opportunities to score, including one good chance created by James’ surging run down the left flank.