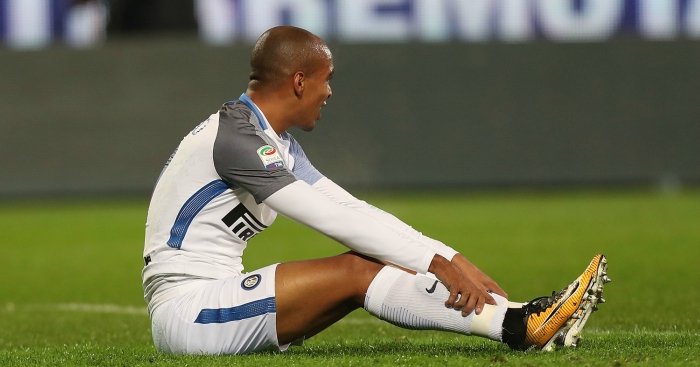 West Ham recently confirmed the loan signing of Inter Milan and Portugal midfielder Joao Mario, but the playmaker has some learning to do before winning over the fans at the London Stadium.

The former Sporting assist king has moved temporarily from the San Siro with a view to a permanent move having found chances at Inter hard to come by this season.

He has, however, created three goals in just 548 minutes of Serie A action this season, only two West Ham players have notched more assists in the Premier League – and from a vast amount more game time.

“I am really happy to be here,” he told the club website. “It’s an amazing experience to join this amazing team and I am just glad to be here.”

Unfortunately for the Portuguese, who started every game for his country as they won Euro 2016, the Hammers’ media team recorded him on their Instagram story, and asked him to say “come on you Irons”.

However, Mario mispronounced the club’s famous nickname, and called them the “wires” instead.

We’re not sure who the wires are, but hopefully someone has told poor Joao of his mistake, after they deleted the video from their story.

COME ON YOU WIRES pic.twitter.com/aAjtipKGGf