Watch: Joelinton somehow hits his own face with effort on goal 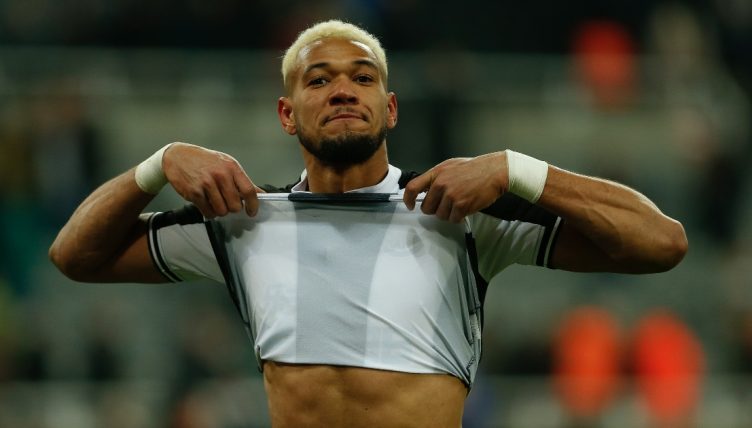 Newcastle United forward Joelinton did his reputation as a figure of fun no favours when he managed to hit his own face with an attempt on goal against Everton.

The Brazilian remains Newcastle’s record signing, even after their January splurge following their takeover, and has been much maligned over the years for his poor record in front of goal.

He’s scored just 11 goals in 105 appearances since joining for nearly £40million back in 2019, and this moment sums up his luck when it comes to the final third.

Eddie Howe has been praised for adapting the forward into more of a box-to-box midfielder in recent weeks. Joelinton has been a much more effective presence playing in a deeper role, but he still found himself with a presentable chance on the stroke of half time against Frank Lampard’s Toffees.

It was typically lively from Magpies talisman Allan Saint-Maximin in the build-up to cut it back and find Joelinton unmarked. But the forward lost his footing as he tried to get onto the end of it and as he slipped, he caught the ball with his standing foot and managed to hit himself in the head with the ball as he fell.

Howe’s men ensured that the calamitous and comical moment didn’t prove costly, going on to produce on of their best performances of the season to defeat Everton 3-1. They’re now just one point behind Lampard’s men in the table and will have real belief of climbing up the table after their January investment.