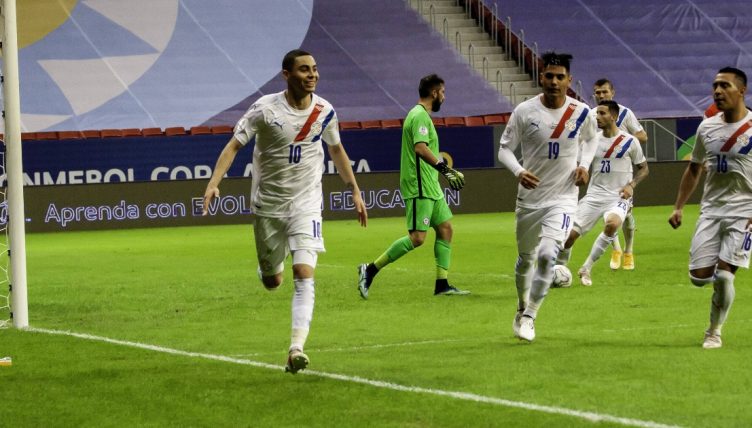 Newcastle United‘s Miguel Almiron was on fire for Paraguay in the early hours of Friday morning as La Albirroja picked up another precious three points in the Copa America.

The 27-year-old only scored four goals and assisted one more in the Premier League last season and the Magpies will hope to see a bit more of his best in the top flight next term.

But if this display against Chile is anything to go by, they just might get that.

With just over half an hour gone, Almiron whipped in a perfect corner which was met by the head of the leaping Samu to fire Paraguay into the lead.

In the 57th minute, the Newcastle man had the chance to make it 2-0 from a penalty. Shockingly, it was Gary Medel who conceded it, adjudged to have been too aggressive with Carlos Gonzalez in the box.

Almiron stepped up and sent Claudio Bravo the wrong way to make the points safe. They now sit just one point behind Argentina, the current leaders of the southern section.

Watch both the assist and the goal below.

Can you name the last four players to wear the numbers 1-11 at Newcastle?