Watch: Newport goalkeeper scores stunning goal from his own goal-kick 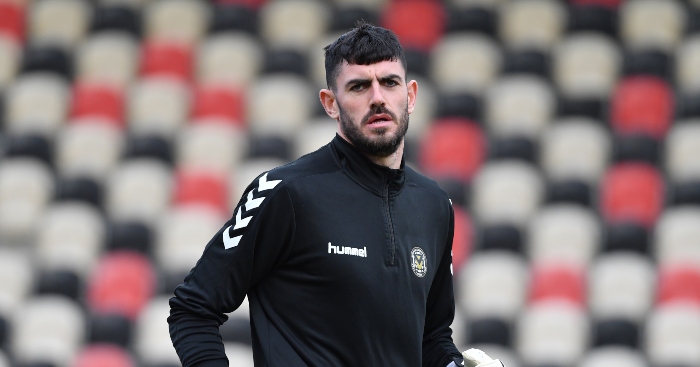 While it doesn’t happen very often, watching a goalkeeper score a goal is undoubtedly one of the greatest sights in football.

Paul Robinson, Tim Howard and Asmir Begovic have all done it in the Premier League, and Tom King managed to replicate the feat for Newport County on Tuesday night.

Playing against Cheltenham Town in League Two, the goalkeeper lashed the ball down field from inside his own six-yard box in the 12th minute.

His wind-assisted drive bounced once before looping over the head of the scrambling Cheltenham goalkeeper and sailing into the net.

Newport’s social media team were caught out by his goal, tweeting: “GOALKEEPER TOM KING HAS JUST SCORED FROM HIS OWN AREA… We don’t  even have a GIF for him!”

But the County goalkeeper could not prevent Matty Blair from levelling the score late in the first half.

Nothing says League 2 on a wet and windy January Tuesday night like Newport keeper Tom King scoring from a goal kick… pic.twitter.com/vCb6DpLoUN