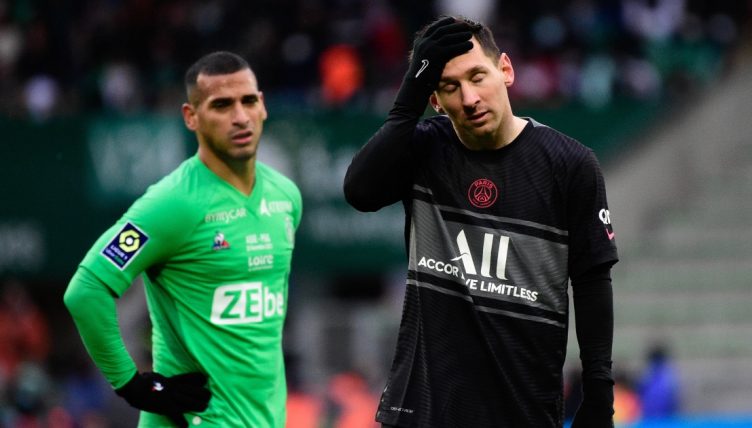 Lionel Messi gave his best Ligue 1 performance to date as PSG came from behind to win 3-1 against Saint-Etienne – but both he and Neymar conspired to miss a glorious opportunity with the scores level in the second-half.

Messi set up all three goals, two for Marquinhos and one for Angel Di Maria, as PSG extended their lead at the top of Ligue 1 to 12 points – essentially sewing up the French title in November.

But the legendary forward, along with Neymar, somehow missed the chance to get their own names on the scoresheet.

Neymar broke through and had his shot saved by the upstanding Etienne Green but the rebound went straight to Messi.

With the goal gaping, the 34-year-old screwed his shot wide of the far post and nobody in the stadium could quite believe what they’d just seen.

“I’m happy with the performance of the whole team and the effort from all the players, especially Lionel Messi who helped us win the match,” said PSG coach Mauricio Pochettino after the game.

We can’t help but think he’d already blotted this double miss from his memory.