Watch: Neymar completely misses pass to him while gesturing to crowd 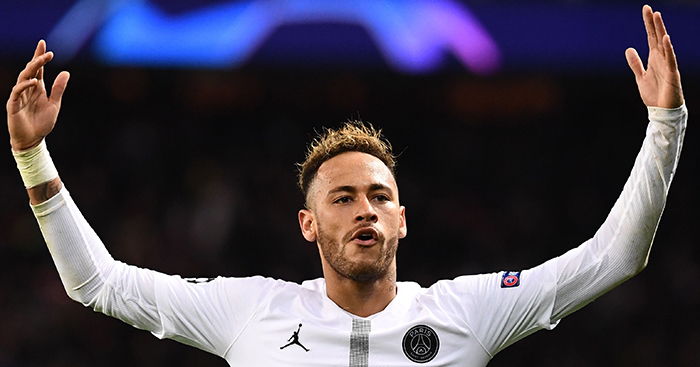 Neymar scored the decisive goal in Paris Saint-Germain’s 2-1 win over Liverpool in the Champions League on Wednesday night – but that certainly wasn’t the only time he caught the eye during the game.

The Brazilian started and finished a breakaway to put PSG 2-0 ahead in the 37th minute at the Parc des Princes, and though James Milner pulled a goal back from the penalty spot before half-time, the French champions were able to see out the game comfortably.

Neymar, typically, was rarely far from the centre of attention and even pulled off a rainbow flick in stoppage time, but his mind was clearly elsewhere just after the hour mark when he completely missed Presnel Kimpembe passing to him as he gesticulated to the home supporters in an attempt to rouse them.

You can watch the amusing moment below.

Neymar let’s a pass go right past him while waving at the crowd. from r/soccer