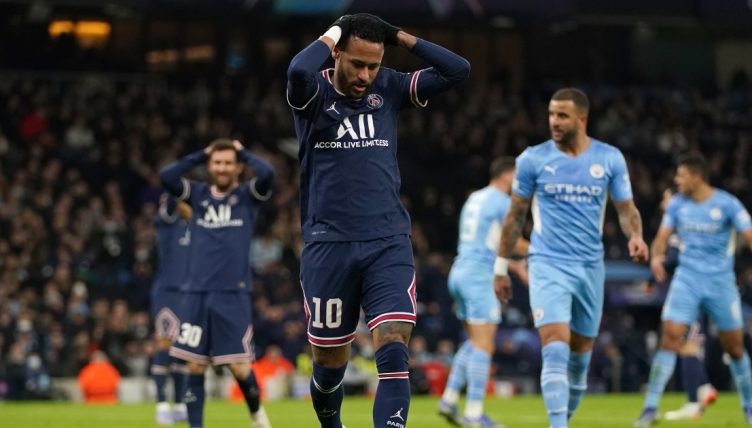 Neymar showed everybody why he’s one of the best footballers in the world with a mazy dribble past two defenders – but the PSG forward somehow screwed his shot wide at the end of it.

Both Manchester City and PSG were on the verge of qualification for the knockout stages of the Champions League but they still managed to put on an exhibition at the Etihad Stadium.

An open and entertaining game was level at 1-1 when Neymar picked up the ball from deep and played a one-two with Angel Di Maria.

Picking up a return pass, the Brazil international slalomed past two defenders and found himself with a glorious sight of Ederson’s goal.

But – incredibly – Neymar managed to skew his shot wide. His face was the picture of frustration as it dawned on the forward what a clear-cut chance he had just squandered.

And, sure enough, City scored the winning goal minutes later through Gabriel Jesus.