Watch: Neymar gets booked after attempting a rainbow flick in PSG win 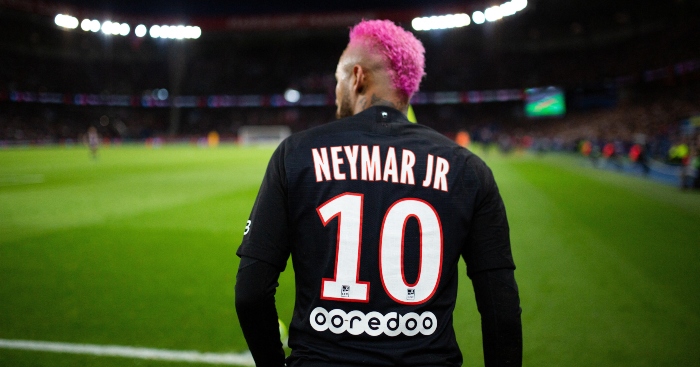 Neymar has always been a fan of flicks and tricks but a referee wasn’t impressed with his showboating during PSG’s 5-0 win over Montpellier.

PSG took the lead in the eighth minute and their opponents were reduced to 10 men moments later so Neymar had the freedom showcase his skills.

The winger was closed down by two Montpellier players, and he attempted an audacious rainbow flick which hit the defender before going out for a throw-in.

However, the referee was unhappy with his antics and gave him a warning before booking the Brazilian for dissent. Neymar then showed his frustrations with PSG teammate Marco Verratti at half-time.

“I play football and he shows me a yellow card! Tell him he can’t give me a yellow,” Neymar said.

Neymar talked himself into a yellow card after the referee warned him about showboating against 10-man Montpellier. pic.twitter.com/NwKBMVlNEq

The 27-year-old was targeted by the visitors throughout the game and complained about a lack of protection from the referee in the second-half.

After being fouled by Teji Savanier, Neymar exacted his revenge by humiliating the midfielder with multiple stepovers before skipping past him.