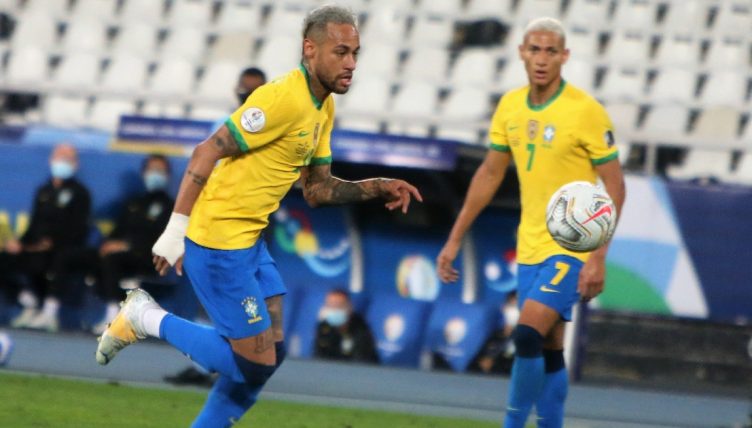 A Neymar-inspired Brazil reached the final of the Copa America after beating Peru 1-0 at the Nilton Santos Stadium on Monday night. There they will play either Argentina or Colombia for the crown.

Neymar missed the final two years ago when his country secured their ninth title and, playing on home turf again this time, the confidence is clearly oozing from Tite’s side.

The PSG man was heavily involved in the only goal of the game, beating three defenders down the left-hand side before cutting the ball back for Lucas Paqueta to score.

As the minutes ticked by and Brazil remained a goal to the good, Neymar started to have a bit more fun on the ball.

With 15 minutes of the game left, he took on three Peruvian defenders, nutmegging one before a slick drag back took the other two out of the equation as well. Predictably, his opponents were having none of it and the move ended up with Neymar on the floor.

The Brazilians have reached the final, but they’ve had a lot of fun getting there as well…