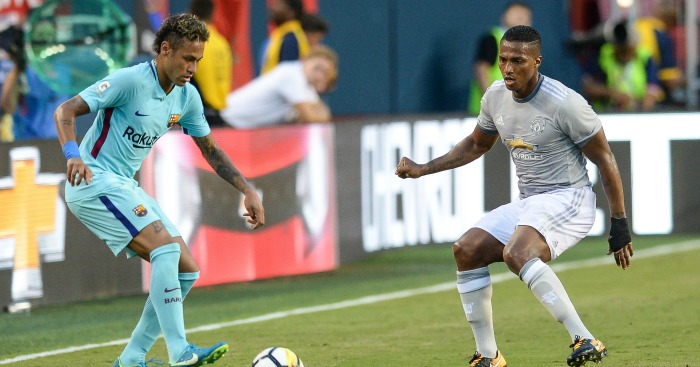 All the focus may be on Neymar’s ‘will he, won’t he?’ move to PSG, but the Brazil star showed no signs of distraction as Barcelona beat Manchester United 1-0 in Washington.

The fixture was United’s fifth and final friendly of the pre-season tour of the USA and undoubtedly their biggest test as Barca fielded their first-choice forward line of Lionel Messi, Luis Suarez and Neymar.

Neymar has been heavily linked with a world record move to PSG but did not look as though it was weighing too heavily on his mind as he bagged the only goal of the game following some sloppy defending.

Barcelona could, and possibly should, have doubled their lead in the second half, only for David De Gea to pull off an outstanding save low down to his right.

De Gea, like Neymar, has had to deal with speculation over his future, but Jose Mourinho said last week he “can guarantee” the Spain No.1 will not leave United this summer – and with reflexes like this you can hardly blame the United boss for refusing to do business.

“We tried to equalise, they tried to keep the ball and keep possession and defend well, so even in the second half the match was positive.”