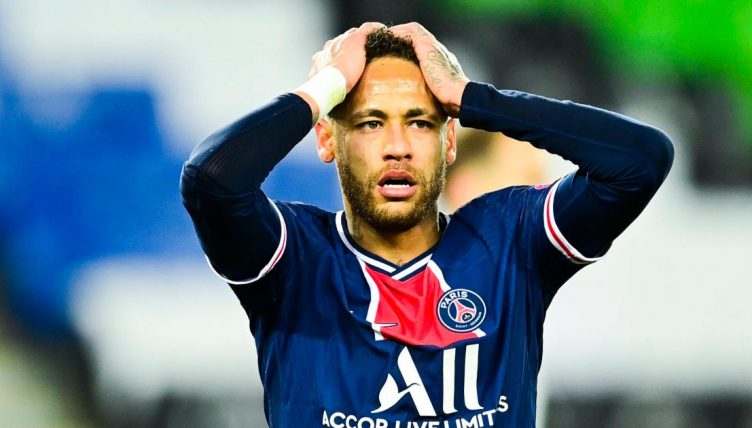 Neymar was inches away from scoring a stunning brace for PSG in their Champions League quarter-final second leg against Bayern Munich.

After losing 1-0 to Bayern in the 2020 Champions League final, PSG were looking for revenge against the reigning European champions.

During the first leg at the Allianz Arena, Neymar set up goals for Kylian Mbappe and Marquinhos as the Ligue 1 side won 3-2.

PSG had their fair share of chances in the opening stages of the second leg at the Parc des Princes but failed to add to their aggregate lead.

Neymar skipped past Kinglsey Coman and moved inside on his right foot before shaping a delicious curling shot that hit the top of the bar.

The Brazil international had more bad luck tqo minutes later, combining with Mbappe and firing a low shot that beat Manuel Neuer and hit the post.

Bayern’s Eric Maxim Choupo-Moting then pulled a goal back but PSG held on to reach the semi-final on away goals.