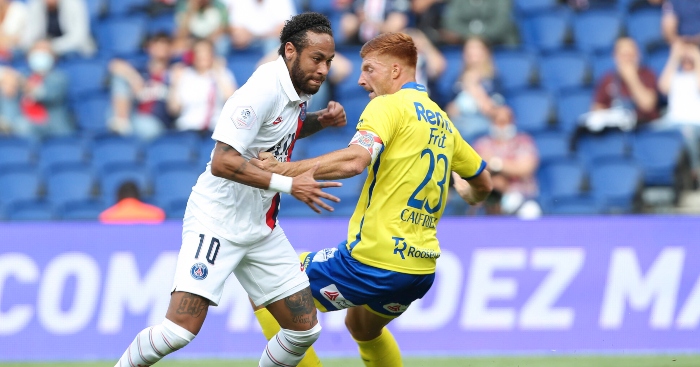 Neymar is one of football’s great entertainers and the winger put on a show during PSG’s 7-0 friendly win over Waaland-Beveren.

After scoring a sensational solo goal in their recent 9-0 win over Le Havre, the Brazil international really turned on the style against the Belgian second division side.

The 28-year-old chased down the ball on the byline in the second-half before sending the defender to the shops with some incredible footwork.

Neymar also managed to pull off an audacious penalty routine during the game, choosing not to shoot and instead passing the ball to Mauro Icardi.

PSG will be back in competitive action against Saint-Etienne in the Coupe de France final on July 24.