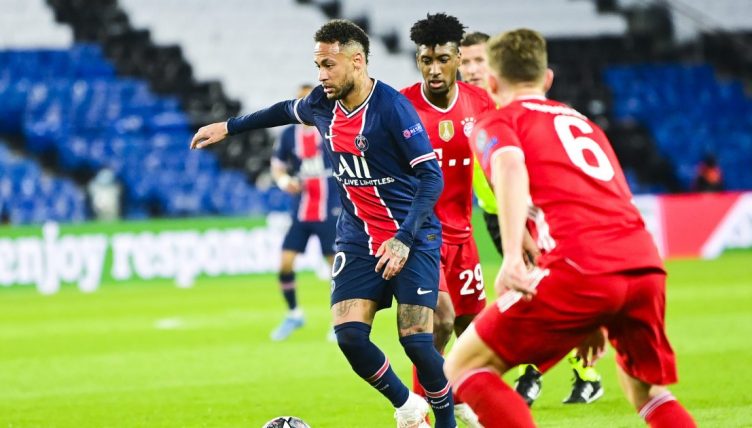 Neymar came agonisingly close to scoring a superb solo goal on Tuesday night as PSG knocked holders Bayern Munich out of the Champions League despite losing 1-0 at the Parc des Princes.

PSG progressed on away goals thanks to their 3-2 victory in the first leg at the Allianz Arena, as their former striker Eric Maxim Choupo-Moting scored the only goal of the return fixture.

The second leg could have been equally high-scoring were it not for some wayward finishing, fine saves and downright bad luck.

Neymar himself hit the post twice in a matter of minutes and almost provided a moment of inspiration in the second half after leaving two Bayern men for dead around the halfway line with some slick footwork.

The Brazilian drove forward towards the edge of the box but failed to get a toe onto the ball after some more neat play by Angel di Maria left the goal wide open.

Sure, he can be a bit of a d*ck at times, but we can’t help but love watching Neymar when he’s in this sort of groove.