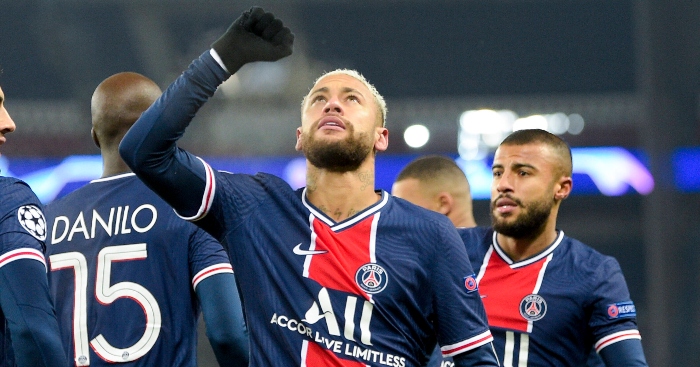 Neymar has been in scintillating form in recent weeks and helped PSG win their Champions League group with a hat-trick against Istanbul Basaksehir.

PSG’s game against the Turkish side on Tuesday was originally postponed following an alleged racist incident that led to both sets of players walking off the pitch.

The two teams took a knee around the centre circle in an anti-racism message before resuming their Champions League clash from the 14th minute on Wednesday.

PSG broke the deadlock in the 21st minute when Neymar turned and nutmegged a defender before curling his shot past the goalkeeper.

The Brazil international doubled their lead moments later before Kylian Mbappe fired home his side’s third from the spot-kick just before half time.

He completed his hat-trick five minutes into the second half and Mbappe made it 5-1 after Mehmet Topal scored a consultation goal.

"A beautiful goal from who else but Neymar… we'll be seeing that goal again and again!"

A cheeky nutmeg before a delightful finish to put PSG ahead vs. Basaksehir ✨ pic.twitter.com/gB2wxylNFj