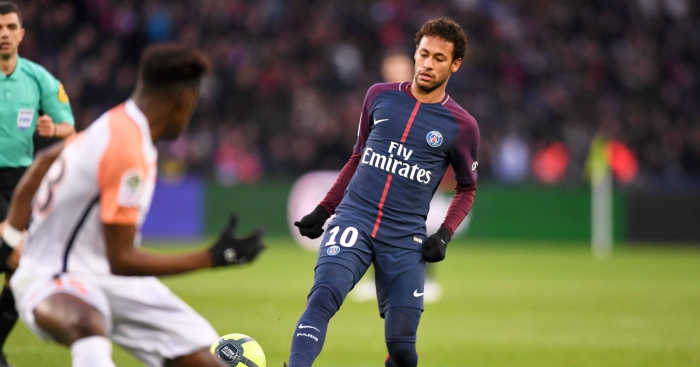 Former Barcelona forward Neymar continues to shine for PSG, including in today’s match against Montpellier.

He has marked his return to the squad with a goal from the penalty spot, after Edinson Cavani broke the PSG all-time goalscoring record with an 11th minute opener.

Coupled with a second late in the match, that means he keeps up his average of over a goal per game, netting his 25th and 26th goal of the season in 24 appearances across all competitions.

However apart from his goalscoring contributions, the Brazilian has contributed 14 assists in the Ligue 1 and Champions League combined.

He has also played 76 ‘key passes’ this season (prior to the Montpellier match), meaning he has set a team-mate up on average 3.6 times per 90 minutes played.

And against Montpellier, Neymar showed his excellent ability to vary his play with a brilliant pass to play Julian Draxler in on goal.

He picks up the ball just inside his own half, and having looked around for an option, nonchalantly sprays a fantastic 50-yard pass through the defence to play the German clean through.

Club-by-club: The top three players to create the most chances in the PL