Watch: Neymar pretends to help opponent up with classic trick 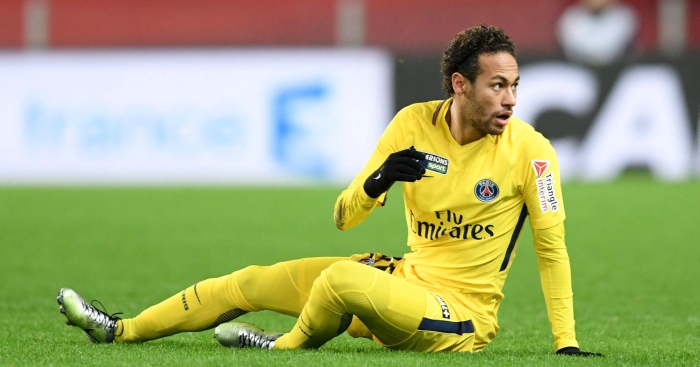 Former Barcelona man Neymar continues to be utterly brilliant for PSG, but showed he also had a jokey side last night.

His side faced Rennes in the semi-final of the Coupe de la Ligue yesterday, winning 3-2 despite having Kylian Mbappe sent off on the hour mark.

PSG were already three goals up thanks to Thomas Meunier, Marquinhos and Giovani Lo Celso, before Mbappe was sent off thanks to a VAR review.

And since the incident, Neymar has been forced to speak out defending himself, having faced criticism for showboating in the match and being disrespectful.

“Football is a little boring right now,” he said. “We cannot do anything — everything is controversial.

“For example, I made a joke at the end by offering my hand and then pulled it away. It will cause controversy, but it is the kind of thing that I do with my friends all the time. Why not with opponents? It was just a joke.”