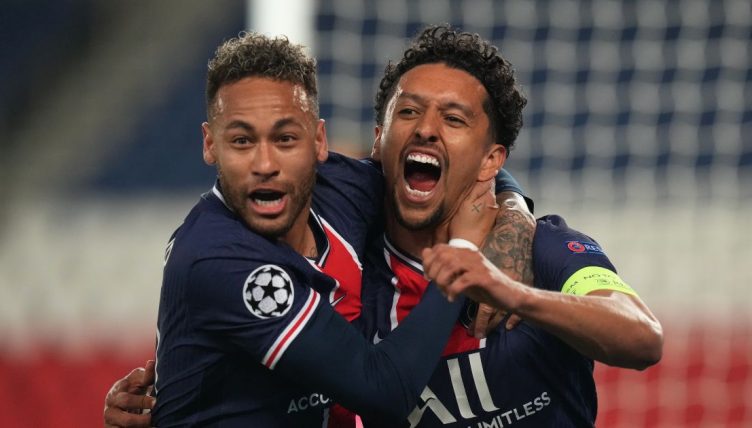 The 29-year-old has been in brilliant form this season and facing him is a daunting challenge for any team in Europe.

“I remember watching clips of Neymar and thinking this is the king of Santos,” Guardiola said before the game. “The players had their mouths open.

“If Neymar had stayed at Barcelona, they would have won two or three Champions League more. Him, [Lionel] Messi and [Luis] Suarez were the best up front. He makes football a pleasure.

“I always believe with the quality of the players, there isn’t a defensive strategy to stop them. They are too good. They are incredible players, that’s why they are there.

“I try to sleep well last night and I slept when I was not thinking about the PSG players like that.”

Maquinhos gave PSG the lead in the 15th minute and City’s back-line was being run ragged by Neymar throughout the first half.

The Brazil international showed great footwork to put the ball through De Bruyne’s legs and then won a free-kick.

De Bruyne got his revenge in the second half, however, as his teasing cross evade everyone before bouncing into the back of the net.