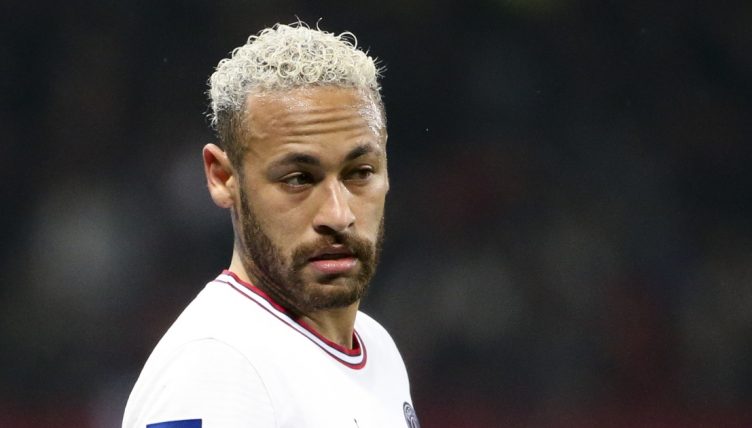 PSG suffered their third defeat of the Ligue 1 season as they were beaten 1-0 by Nice on Saturday evening – and Neymar showed his frustration with some petulant behaviour towards an opposition showboater.

PSG were without Kylian Mbappe for the game, who missed out due to suspension, but they were still able to field a front three of Neymar, Lionel Messi and Angel Di Maria. Not bad, we’re sure you’ll agree.

But Mauricio Pochettino’s side suffered a frustrating evening on the French Riveria and fell to defeat when Andy Delort struck the winner in the 88th minute.

It was a disappointing evening for PSG and Neymar’s frustration was plain to see at the end of the game. Amine Gouiri showboated immediately after the final whistle as he attempted a rainbow flick.

Neymar took offence and he responded by pushing Gouiri. There was a small coming together but, unfortunately, tensions subsided relatively quickly and the Brazil international sulked away.

Neymar has his own history of showboating, which has angered his opponents in the past. But, when given a taste of his own medicine on Saturday evening, he reacted with a fury normally reserved for those terminally lacking in self-awareness.

“I think we are very disappointed we didn’t win,” Pochettino said after the game. “We had control of the game, but we didn’t score and of course, when the game is open, it can happen in the last minutes to concede.

“That’s why I think we are very disappointed and very upset about the result. It was an even game sometimes. When you cannot win, you cannot lose the game.

PSG will be disappointed with the defeat but they still hold a convincing 13-point lead at the top of Ligue 1. They face Real Madrid in the Champions League on Wednesday and hold a one-goal lead from the first leg.

Nice have moved into second and will hope to secure Champions League qualification for the first time in their history.