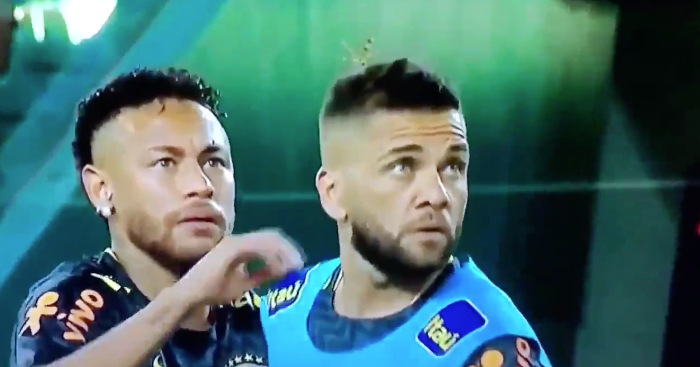 Neymar played his first minutes of the 2019-20 season in a friendly for Brazil against Colombia on Friday night. He marked the occasion with a goal, but the highlight came earlier on.

Before the game, a giant bug landed on the head of his former Barcelona and PSG team-mate Dani Alves. His expression as he flicked the bug – what looked like a dragonfly – off him.

In the actual football, Brazil and Colombia played out a 2-2 draw at the Hard Rock Stadium in Miami, while Everton teammates Yerry Mina and Richarlison didn’t look best pleased with one another.

Watch the clip of Neymar’s heroic bravery below: