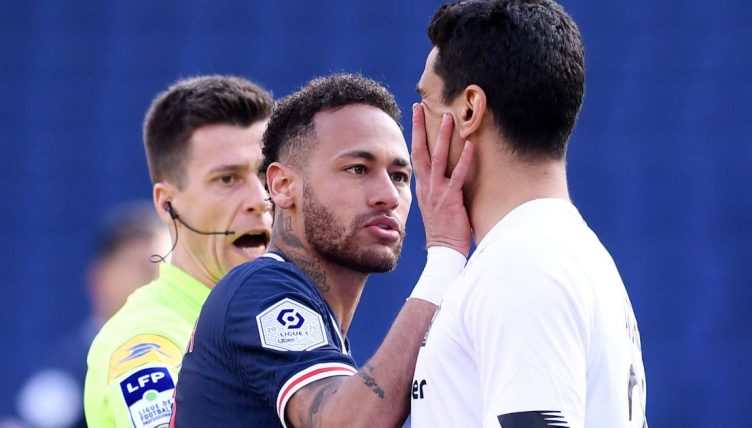 We have all become so used to a Neymar-lead PSG running away with Ligue 1, but this season the title race is wide open – and the Parisians don’t seem to be enjoying it.

Lille were level on points with the league’s rich kids heading into their clash on Saturday afternoon so knew that a win would put them in control with just seven games remaining.

Thanks to Jonathan David’s strike just 20 minutes into the game, that is exactly what they did, heaping pressure on Mauricio Pochettino as he left the Parc des Princes.

Neymar, so often a match-winner, did very little to help out his boss this time.

He was arguably lucky not to be sent off straight after half-time as he appeared to push Benjamin Andre in the face, but in injury time he finally saw red.

As the Brazillian looked to break down the left-hand side, Tiago Djalo tracked back before Neymar appeared to fall to the floor of his own accord.

As the ball trickled out of play, the winger chased impatiently after the left-back before shoving him to the ground, with Djalo offering a healthy dose of Neymar’s own theatrics as he hit the deck.