Watch: Kante and Hudson-Odoi give wholesome interview in Chelsea win 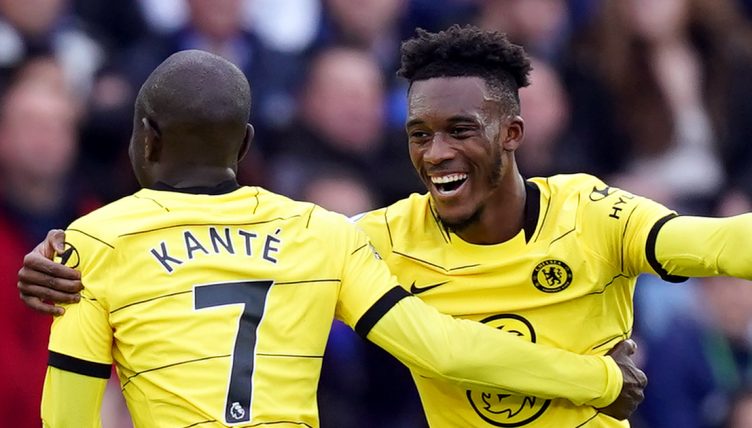 Chelsea beat Palmeiras 2-1 in the FIFA Club World Cup final to secure the title of World Champions in Abu Dhabi, with goals from Romelu Lukaku and Kai Havertz sealing the victory.

The players were buzzing during the celebrations after the final whistle and defender Antonio Rudiger certainly couldn’t hide his delight.

Academy product Callum Hudson-Odoi, who provided the assist for Lukaku’s opener, and club hero N’Golo Kante then did a joint interview following the game, and it was as wholesome and heartwarming as you’d expect from anything involving Kante.

One of the nicest guys in football, Kante has added to his incredible list of honours which includes two Premier League titles, the Champions League and the World Cup, and put in a proper shift against Palmeiras to help get Chelsea over the line.

Both players heaped praise all over each other, with Hudson-Odoi raving about Kante’s energy in midfield, and Kante thanking the English interntional for providing the assist to Lukaku.

“He was everywhere, every minute of the day he was everywhere. I’m happy for him and he’s won everything so I’m delighted,” Hudson-Odoi stated about Kante.

“Thanks to you, great assist and you gave us the lead so we should be thankful,” Kante replied.

Kante went on to state his happiness at Chelsea winning the competition for the first time.

Kante and Hudson-Odoi trying to praise each other 🤗