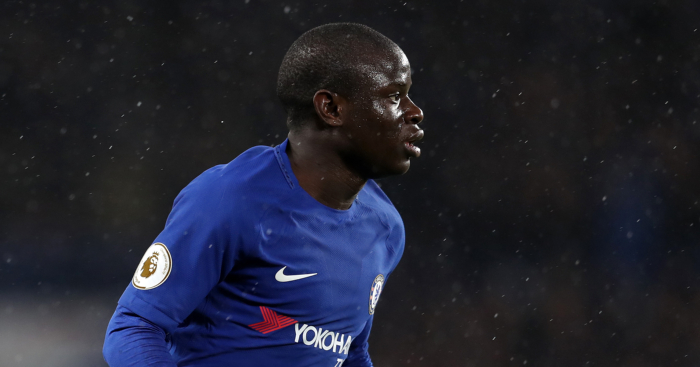 Chelsea were held to a 1-1 draw by Huddersfield at Stamford Bridge as the Terriers ensured their Premier League survival – but N’Golo Kante still managed to catch the eye.

The result seriously dented Chelsea’s hopes of qualifying for the Champions League, leaving them two points behind Liverpool, who host Brighton in their final match of the season on Sunday, when Antonio Conte’s men go to Newcastle.

Laurent Depoitre opened the scoring on a memorable night for the visitors before Marcos Alonso levelled the scores 12 minutes later.

Chelsea struggled to break a determined Huddersfield side down, but there was one moment of magic in the first period from Kante.

The midfielder wriggled his way through five Terriers players by the corner flag, drawing immediate comparisons to Gianfranco Zola.

Watch the two clips below.

17 of the best quotes about N’Golo Kante: ‘He’s like a rat, he’s everywhere’