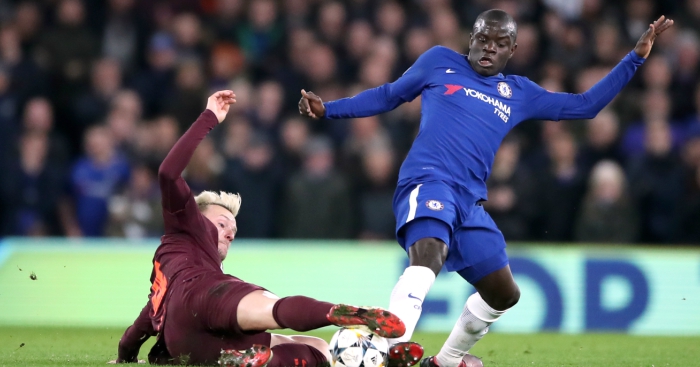 Chelsea earned themselves a hard-fought 1-1 draw with Barcelona in the first leg of their last-16 Champions League tie on Tuesday night.

The home side were in front at one stage as they hoped to carry a slender lead with them to Spain in three weeks’ time, Willian putting them in front with a well-taken goal just after the hour mark.

But with 15 minutes to play, a mistake in the Chelsea defence allowed Lionel Messi to take advantage and see his side scrape a 1-1 draw, handing Barcelona the initiative as they take an away goal back to the Camp Nou.

Much praise has to be handed to Antonio Conte’s men, however, for the way they stifled their opponents and didn’t allow them to break through despite having the majority of possession.

One man who was key to that was N’Golo Kante, whose typically tenacious style worked perfectly as Chelsea pressed Barcelona at the right times to prevent them from progressing.

A masterclass on how to affect the game without the ball. Kanté was terrific all night as he constantly stifled Barcelona's attacks and denied Messi space. And some said he would get exposed in Europe. pic.twitter.com/9n0zLsxGCC