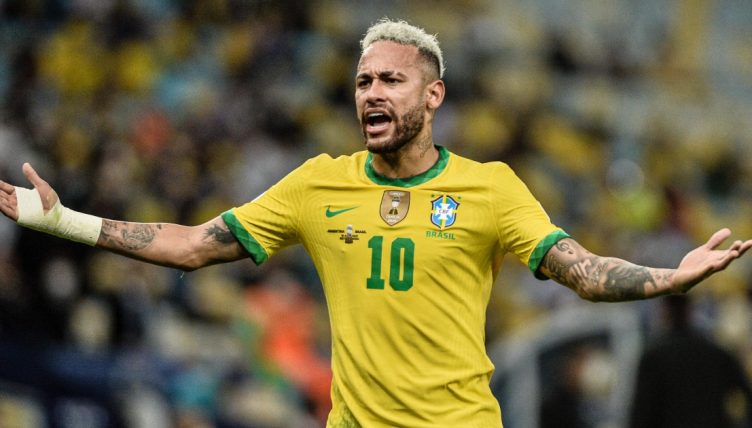 Brazil talisman Neymar was on the receiving end of some rough treatment from Argentina defender Nicolas Otamendi during the Copa America final.

The two fierce rivals competed in the South American showpiece at the Maracana Stadium, with Brazil favoured by most to win the trophy.

But Argentina pulled off a surprise 1-0 win following Angel Di Maria’s first-half strike and collected their first international silverware since 1993 in the process.

With Lionel Scaloni’s team clinging on during an intense second-half, Otamendi took it upon himself to stop Neymar.

The Benfica defender, formerly of Manchester City, steamed into his opponent with a vicious tackle that earned him a yellow card.

Players from both sides came together in confrontation but the flare-up was quickly extinguished.