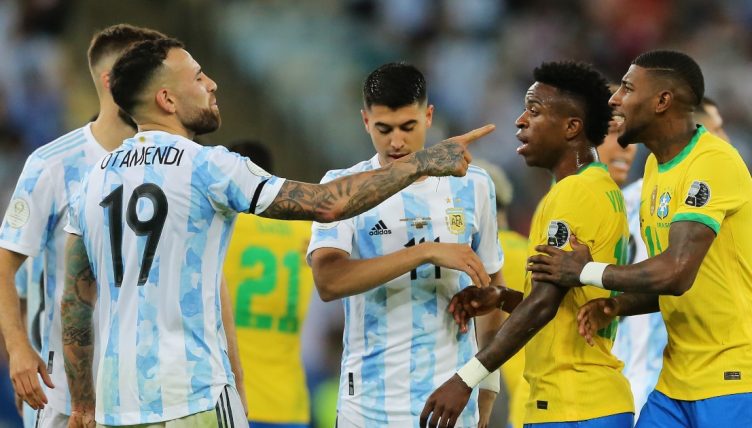 Ex-Manchester City defender Nicolas Otamendi lifted Neymar to his feet in order to avoid conceding a free-kick during the Copa America final.

Argentina travelled to Rio de Janeiro to face hosts Brazil knowing they’d have to contain Neymar to have any hope of winning their first international trophy since 1993.

And Otamendi was just one Argentinan who was fully commited to the task of stopping the PSG talisman.

With the game just 20 minutes old, Neymar was bought down just outside the penalty area.

With Uruguayan referee Esteban Ostojich not instantly blowing for a free-kick, centre-back Otamendi took matters into his own hands to avoid conceding a set-piece.

Neymar was loudly protesting on the floor but fell quiet as Otamendi put his hand underneath Neymar’s arms and hauled him upwards.

The Brazil forward stood stunned for a moment and Otamendi successfully avoided giving away a free kick.

Argentina won the match 1-0 through Angel Di Maria’s first-half effort. It was Brazil’s first competitive defeat at the Maracana since the 1950 World Cup final.