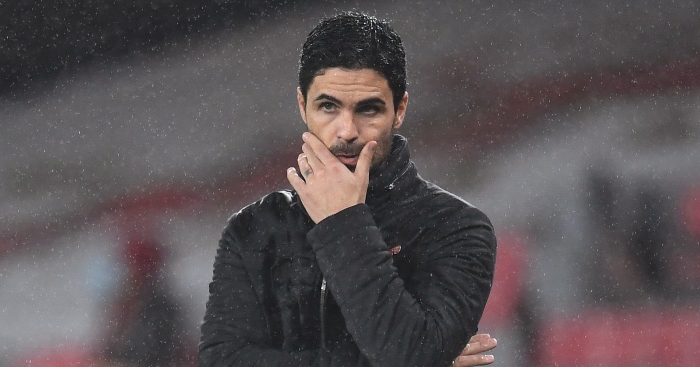 Arsenal may have beaten Rapid Vienna 4-1, but Mikel Arteta is a perfectionist and wanted his players making the right decisions throughout the 90 minutes.

This is exactly what Nicolas Pepe didn’t do when he got himself into the opposition box, with a couple of options to pass to.

Having done the hard work, the winger took one more touch than was needed and ended up losing possession, which left Arteta visibly annoyed and throwing his arms about.

Pepe was already out of favour at the Emirates, with his manager deeming that his “unacceptable” red card at Leeds let his teammates down. Some reports even suggest the Gunners are willing to sell the 25-year-old in order to avoid a situation like Mesut Ozil’s.

This sort of indecisiveness in front of goal will do little to help him get back into Arteta’s plans.