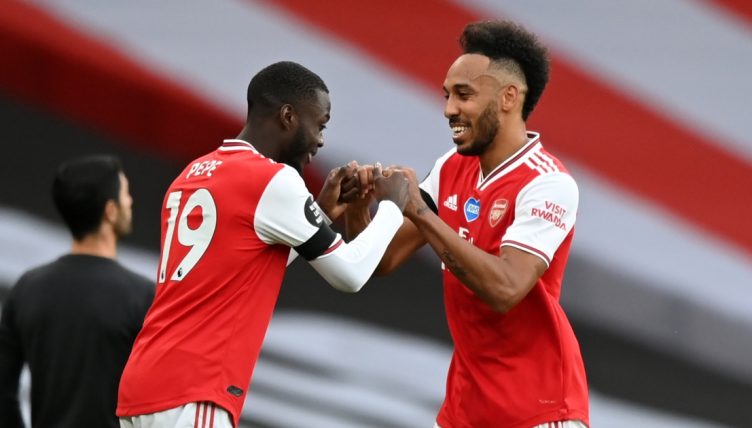 Arsenal player Nicolas Pepe has said he thinks that his team-mate Pierre-Emerick Aubameyang will stay at Arsenal despite the uncertainty surrounding his future.

Pepe was asked about what he thought would happen by an Arsenal fan he spoke to whilst on international duty with the Ivory Coast at the African Cup of Nations.

“I don’t know,” the winger said when asked whether Aubameyang was leaving the club. “I think he will stay but I don’t know.”

Aubameyang was stripped of the captain’s armband by Arsenal manager Mikel Arteta for disciplinary issues earlier this season.

He has not been involved in an Arsenal matchday squad since he was absent from the team for their match against Southampton in December.

The striker doesn’t seem part of Arteta’s plans has been linked with a move away from the Emirates, with Newcastle and Saudi side Al Hilal reportedly expressing an interest.

Pepe has himself also been the subject of transfer rumours, with his game time having been limited this season.

He has been inconsistent since his big-money move from Lille in 2019 and has played just 12 times this season for Arsenal.

But the winger has already scored twice for the Ivory Coast at AFCON and will face Egypt in the Round of 16.